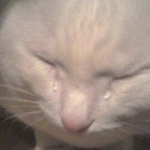 I do celebrate Easter, though mainly for chocolate. A Happy Easter to you.

Should we use Mibbit?

Abyssia magic: What does it do by itself and what does the "ae" suffix do as that isn't explained in the article.

I am on Mibbit.

Could you make it so that the small part of Hapec that is thinly connected by land is labeled "Perpetual Peninsula"? I don't trust myself with editing images.

Very nice post. Didn't expect your age. Very good all in all.

I am from the Erudite Tales wiki and I have a proposition.

"http://erudite-tales.wikia.com/wiki/Erudite_Tales_Wiki" is the link to the homepage of the wiki.

This proposition is to be affiliates.

Being affiliates would mean that we share the occasional link to the other wiki in hopes of raising viewers and possible users between the two wiki's. This would be the main idea and not much else needs to be done. We would give you a mention in the homepage, community messages and the navigation bar at the top.

Why become an affiliate? (You may ask, I'll answer even if you don't) Becoming an affiliate would be helpful to both wikis in that we can share the community more and give each other a little spotlight for viewers to go across to and look at.

Oblivion and myself are admins of the wiki (along with another as of yet inactive admin) and although our wiki is currently moving slowly users are being more active and it is building speed. We ask for affiliate-status as the two wikis share a similar theme: Fantasy. It would help both wikis considerably by what I see and hope you decide to become affiliates. Thanks in advance Avetzan1 (talk) 23:47, February 8, 2014 (UTC)

Zeokx, can I add a magical word? It wouldn't be major or anything though, possibly something that the Order of Forbidden and Forgotten Magic might study.

Do "Blanks" exist in Dawn? People who cause magic to spontaneously fail around them and are completely immune to its effects.

Hi, I'm TheReturnOfTheKing, from Erudite Tales. Do you mind if I add a race called Gnomes, living in the deserts of Bedias? The main page said to ask an Admin's permission. And you're the top Admin, so… yeah.

Tis the idea. These ones live under sand dunes. It was based on a dream I had. I'll add the page link here: Gnomes

How is the book/novel you were making for Rising Dawn coming along? I'm interested in its progress so far.

Re: Heart of Dawn Edit

I am as well. I spent a lot of time reading fantasy novels such as Mistborn, the Silmarillion, Warbreaker, Game of Thrones, etc. So I have new inspiration as a bonus!

Hi. I'm here, lurking. You've been changing around categories and I'm confused all of a sudden.

Also thor.num doesn't seem to work. I'll be on mibbs for a while.

No, because from what you said, the moons are on Dawn's side of the barrier. I'll be on mibbs.

Hey, I wanted to know if you'd prefer to talk on Mibbs or Live Chat.

Sure. Give me 20-40 minutes to wash myself though. Check on mibbs then.

You feel okay for Mibbs?Edit

I made a little thing for you as I needed inspiration. Hope you like it.

1 of 11
Add photo
I've made a few more as well. For instance, The Heart of Dawn (which is hard to make in 16bit) and Torm, before his armour. Additionally I made a bunch of random Order of Forbidden and Forgotten Magic Students as well as two types of Thormieral Soldiers, one with spears, the other with swords. I might make a little interactive game about Torm, rising up to be Thalmas. Sorry about you having to zoom in by the way. I wanted to make more and not dilly dally so to speak.

I got my holidays yesterday in fact, so I'll be on a lot as well, until early-mid January.

I'll be on Mibbs if you can make it.

Hello there. I thought I'd get loads of work done over Christmas, what with holidays.

Oh, how I was wrong.

Sure. I've got no issues with that. I'll get to work right away.

You fine with that happening? I felt the wiki needed something new and exciting. Most fantasy universes have the same technology level for thousands of years, which seems really weird compared to how fast humans developed. If you have any ideas on how the Revolution could possibly effect Dawn, I could write it into my piece, because I probably overlooked a part of it.

Hope you enjoyed your holidays. I certainly did. I can't believe it's been two years since Dawn started!

I'd love to participate in your new thing. Just send me a link and I'll help out.

Retrieved from "https://risingdawn.fandom.com/wiki/User_talk:Zeokx?oldid=6159"
Community content is available under CC-BY-SA unless otherwise noted.